If you’re curious about what’s in the guts of the RoboBrew, here we take a look inside at the electrical components of the system.

If you’re want to know more about the build quality, see the components that make it tick, or are thinking of your own ways to modify it, we’ve compiled a few photos of the surprisingly simple RoboBrew system. It goes without saying of course that you shouldn’t perform any electrical work unless you’re appropriately qualified!

I’m not an electrician myself, so this was strictly a look-but-don’t-touch mission. Unfortunately I can’t give much insight into what is happening on the electronic side of things… I’ll leave that to someone more versed in these sorts of gizmos to explain. 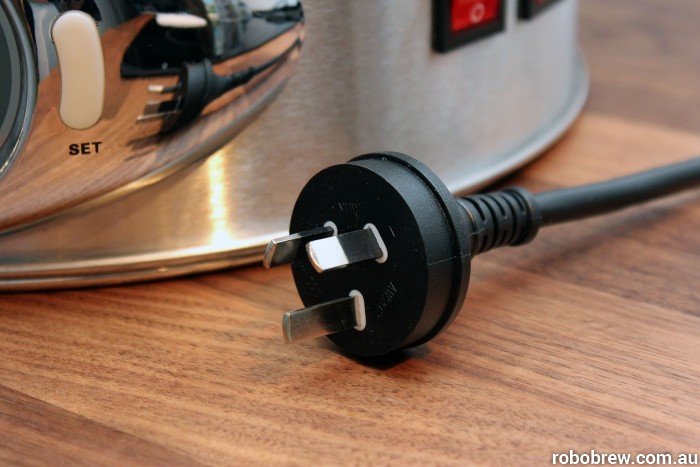 Be sure to unplug the unit first if you’re going inside! 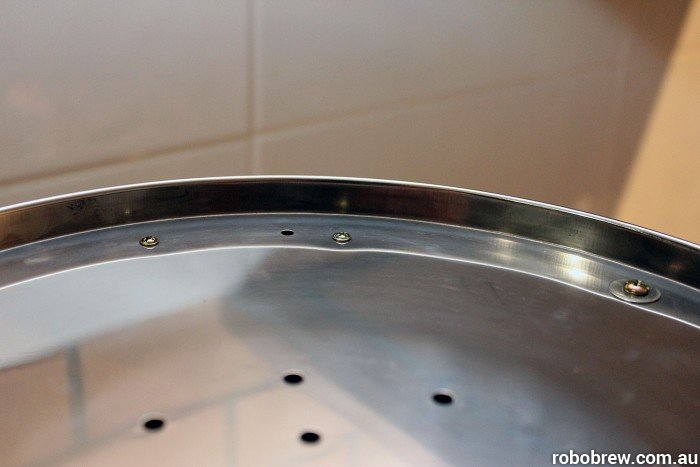 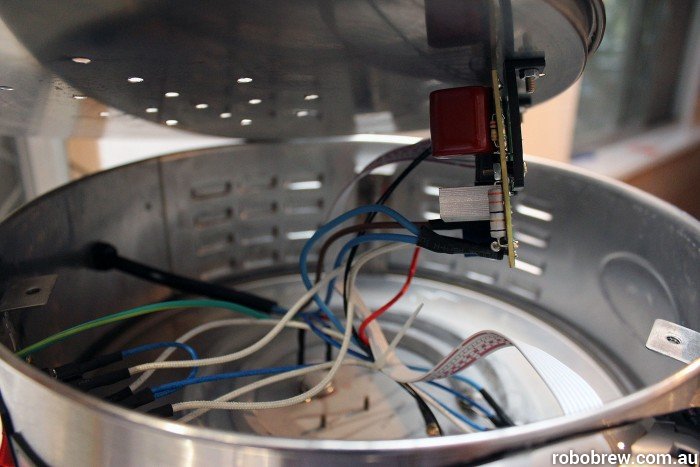 There’s not a lot to it — a handful of wires, a control board and the two heating elements. 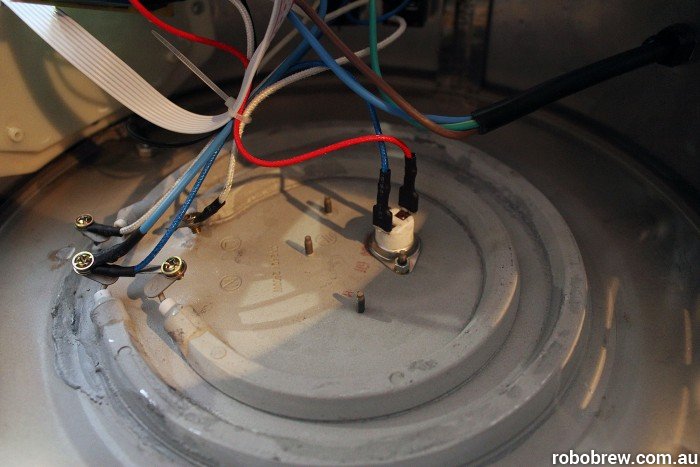 A closer look at the two heating elements. You have the 1900W larger element around the outside and the smaller 500W element on the inside. You can also see the temperature probe in the back left corner. 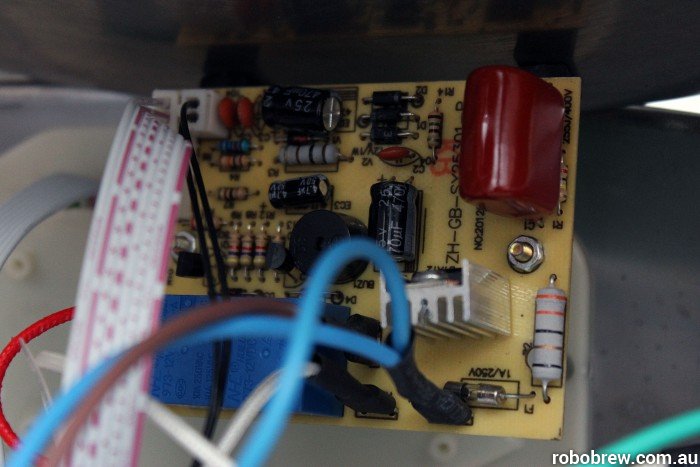 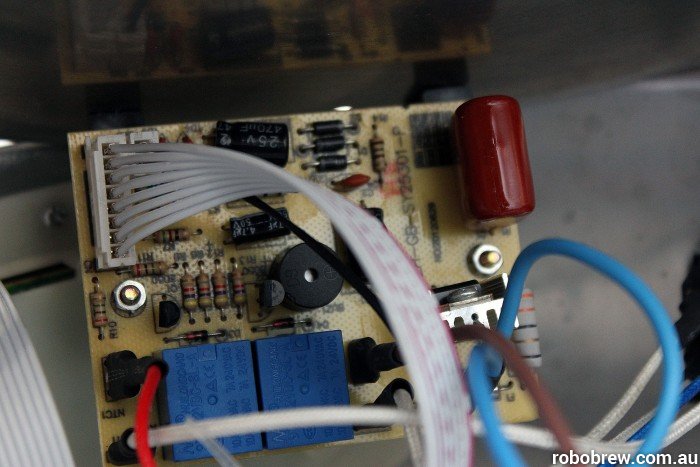 Should I Upgrade to a RoboBrew Generation 3?